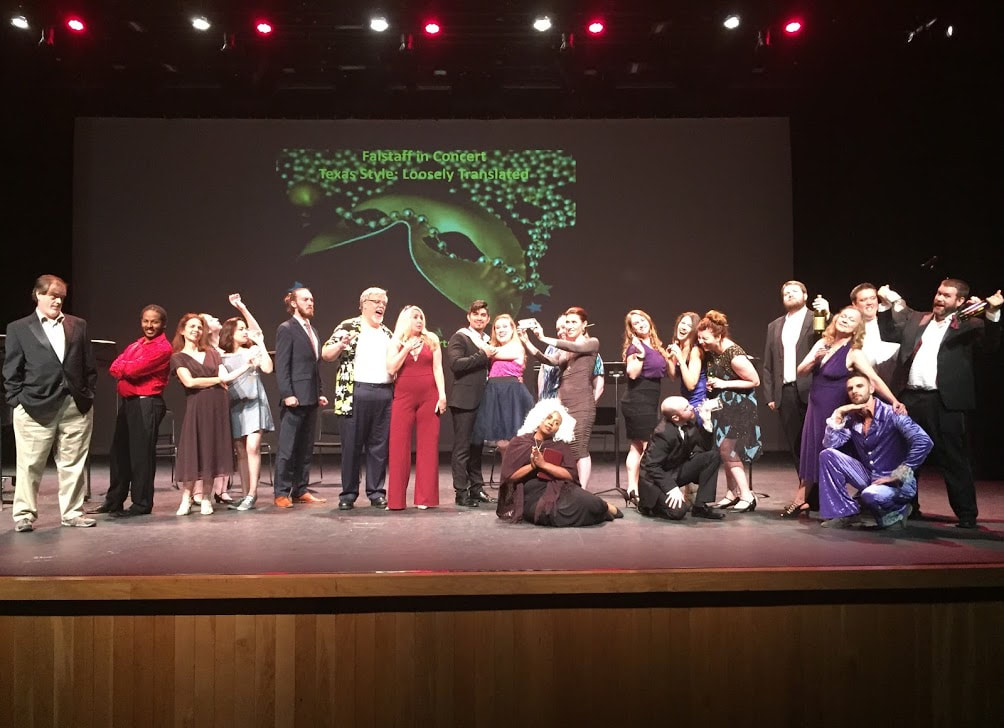 Diversità Opera Arts Company is an official 501(c)(3) non-profit organization providing music scholarships to deserving students in the area along with performance opportunities. We promote music education and enjoyment to populations that cater to special needs, foster care, and senior living. We also provide a diverse cast of performers through opera/classical music on stage along with artistic shows throughout the United States. Our directors and board members are dedicated musicians, educators, and nonprofit mentors who support the endeavors of positive change. 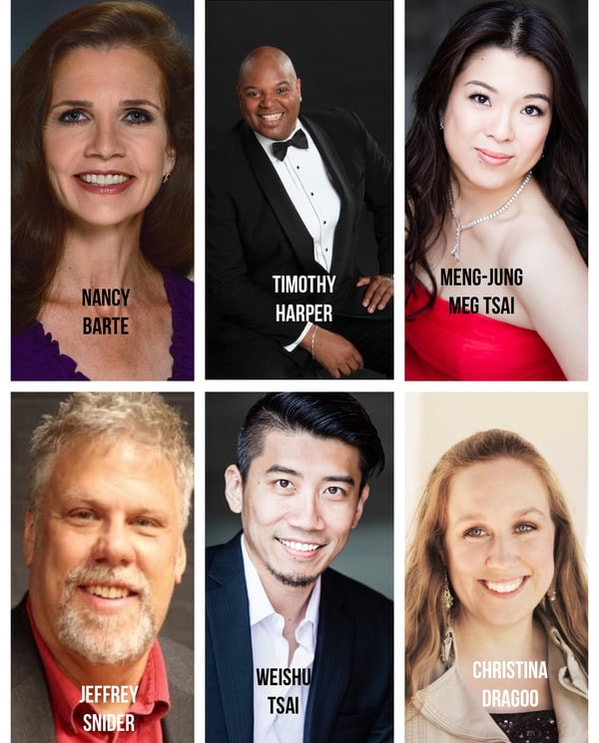 DIRECTORS
Our directors have over 20 years of experience in opera, musical theater, education, and nonprofit expertise. They are volunteers who have committed to our mission in order to serve the community.

Walteria Caldwell: Executive Director
Walteria Caldwell is a professionally trained mezzo-soprano, pianist, and music educator who tours around the country and abroad. In college, Walteria played professional piano gigs, sang roles in opera scenes, and performed as a lead soloist in the US premiere of "Changed My Name", as well as being one of the soloists for her alma mater's Chancellor's Installation Service. After receiving a Bachelor of Music Performance degree at The University of North Carolina at Greensboro (one of the leading music universities in the US), Walteria became a music educator and continued as a church pianist while harvesting a performance career. Walteria later received Music Graduate Studies from Mercer University and received extensive knowledge on how the "first" instrument works in the body which involves vocal pedagogy.

With successful teaching experience for over 20 years, her voice and piano students have branched off into their careers performing professionally from Las Vegas, Atlanta, to New York, winning auditions, roles, scholarships, and talent competitions in the US with other accolades in under her instruction. Exposure to different piano techniques from church, classical, to popular music has also served Walteria well in training students and executing performance. She also has experience teaching choirs, staging, and administrative duties in music.
​
Performing in the United States and Europe, Walteria has traveled as a frequent concert soloist with various choirs/orchestras for oratorio works such as Handel's Messiah, Mozart's Mass in C Minor, Bach's Christmas Oratorio Weihnachts-Oratorium, Théodore Dubois' Seven Last Words of Christ, Beethoven's Choral Fantasy, and John Rutter's Feel The Spirit. In the field of opera, Walteria has been in several productions as the Mother in Amahl and the Night Visitors as well as Hansel and the Gingerbread Witch from Hansel and Gretel. In Bizet's opera Carmen, Walteria has performed the full role of Mercedes on stage and Carmen in concert. From Verdi's repertoire, Walteria has sung Ulrica in Un ballo in maschera, Quickly and Meg Page from Falstaff, Azucena in scenes from Il trovatore, and Amneris from Aida in concert. In newly composed work, she debuted the role of Sylvia in the opera Wading Home (composed by Mary Alice Rich which is based on the successful novel by Rosalyn Story), and performed as the Juggler/Opera Singer in Sid the Serpent Who Wanted to Sing by Malcolm Fox. As a Rossini bel canto singer, Walteria has performed in opera scenes as Rosina from Il barbiere di Siviglia, and Hedwige from Guilaume Tell. From scenes in Mozart's operas, she has been featured as Cherubino and Marcellina in Le Nozze di Figaro, Dorabella from Cosi fan tutte, as Zerlina from Don Giovanni, and 3rd Lady and 3rd Spirit in Die Zauberflöte (The Magic Flute).  Walteria recently performed as an alto soloist in Fort Worth's Opera Company's production of Porgy and Bess. Other roles include scenes as Prince Orlofsky from Strauss' Die Fledermaus,  Augusta from The Ballad of Baby Doe, Dido from Purcell's Dido and Aeneas, Zita from Gianni Schicchi.

​In concert, Walteria has performed from Handel's Rinaldo, Gershwin's Porgy and Bess, as Marian Anderson, and Voices Before Mine (a tribute to African American women in classical music). She has served as a judge for various music groups, including NAMM and NATS.

As the Executive Director of the non-profit Diversita Opera Arts Company, Walteria assists in providing music scholarships to students and promotes diversity through concerts and opera in the United States. Outside of classical music, Walteria performs genres such as jazz and musical theatre. She is a member of the Texas Music Educators Association and the music fraternity, Mu Phi Epsilon.


Portia Hawkins: Music Consultant
Pianist Portia Shuler Hawkins holds degrees from Fisk University and Yale University School of Music. Her private piano teachers include Geneva Handy Southall, Matthew and Anne Kennedy, Ward Davenny, Francis Whang, and George Walker. Mrs. Hawkins has taught at Georgia Perimeter University, Spelman College, Clark Atlanta University, and Agnes Scott College. Her CD, “African American Sampler”, is heard on WABEFM radio, Atlanta, and several public radio stations throughout the country. Several years ago, she edited a piano collection of works by William Grant Still at the request of his daughter, Judith Still. Presently, Portia performs collaborative concerts throughout the region, teaches privately in her Roswell studio, and frequently serves as a vocal and instrumental accompanist. Also,  she served as principal organist at First Church of Christ Scientist until 2017. Mrs. Hawkins is an adjudicator and is an active member of the Georgia Music Teachers Association, The National Federation of Music Clubs, and Mu Phi Epsilon International Professional Fraternity. She has served as a member of the Executive Board of Georgia Music Teachers Association.

In 2019, Mrs. Hawkins received a grant from the Georgia Music Teachers Association to enable her to continue promoting the piano music of classically Trained African-American Composers. In 2020, she was recognized as Teacher of the Year by the North Fulton Music Teacher's Chapter of GMTA.

Lori Ann Christian: Music Consultant
Lori Ann Christian is a native of Pittsburgh, Pennsylvania, Ms. Christian holds degrees from Duquesne University and the University of Cincinnati’s College-Conservatory of Music where she is currently completing requirements for the Doctorate of Musical Arts Degree. She has served as an assistant professor of Music at Clark Atlanta University and has taught Applied Voice at Duquesne University and Spelman College. Ms. Christian has appeared in recitals, concerts, and operas in the U.S. and abroad. As a concert artist, she has sung the title role of Zaide in the Pittsburgh premiere and toured as a featured soloist with the New Sigmund Romberg Orchestra. A versatile performer, she has been noted for exceptional performances in premieres of several contemporary works, including original urban jazz compositions with Opera Columbus.  She has appeared in such oratorios as The Creation, Thereisenmesse, C Minor Mass, and The Messiah.  Operatic credits include principal roles in The Marriage of Figaro, Cosi Fan Tutte, and The Magic Flute. In Atlanta, Georgia, Ms. Christian has performed in the world premieres of the operas Zabette at the Rialto Center for Performing Arts, Woman at the Well, and La Roche as part of the National Black Arts Festival. Abroad, she has appeared as Adina in L’Elisir d’Amore and Gretel from Hansel and Gretel in Rome, Italy. Ms. Christian has been the recipient of many awards and fellowships such as the Minna Kaufmann Rudd Award, Leontyne Price Vocal Arts Award, and the Albert C. Yates Fellowship.  She currently teaches voice and choral music in Atlanta.

Yvonne Booker: Non-Profit Consultant
Yvonne Booker has served in executive leadership positions for more than twenty-five years. As a leader, driven by excellence, she is committed to ensuring that outcomes are reached and desired goals are attained. Having served as a community advocate in both a volunteer and professional capacity, she is committed to her community and a strong volunteer.
Yvonne served as Chair of Collin County United Way Board of Directors, a member of the United Way of Metro-Dallas Board of Directors, and served two terms as Housing Commissioner for the City of McKinney. She has served as a member of many grant allocations committees for United Way of both Collin and Dallas counties and the CDBG (Community Development Block Grant) committee for the city of McKinney. She has chaired the Destination Graduation committee charged with allocating monies and developing strategies to support student’s high school success, and served as a member of TX CAN-North Texas, a collaboration community leaders addressing high school success and college entrance.

Yvonne holds a Bachelor’s of Science Degree in Sociology and Psychology.

Courtney Suddreth: Secretary & Art Design Consultant
Courtney Suddreth has over 10 years of experience in the apparel industry with a special interest in apparel design, pattern making, and historic costume. She has served as a contract assistant costume designer, has extensive experience in the arts with an emphasis on drawing, and computer-aided fine art/design. Ms. Suddreth has combined her education and passion for fine arts with apparel design to create textile products, as well as, various art pieces. She holds a Master of Science Degree (M.S.) in Consumer Apparel and Retail Studies, Bachelor of Fine Arts Degree in Art Design, and a Bachelor of Science degree in Textile Product Design from the University of North Carolina at Greensboro.

Carol Bailey: Education Consultant & Treasurer
Carol Bailey is a native of Georgia. She's a graduate of Troy State University with a BS degree in Human Services with a  minor in Sociology and Psychology. Ms. Bailey also has a Master's Degree in Educational Leadership from Trident University. She has taught at Head Start, kindergarten through 5th grade for combined grade levels of 24 years. She now teaches middle school Social Studies in the Dallas, Texas area. With experience in theater, Ms. Bailey runs the drama department at ECI Academy in Rowlett.