​Beatrice and her brother Beto are teenaged orphans struggling to survive in their forest hut. Beto goes off to find work while Beatrice unsuccessfully tries to make tortillas for their supper. She sings of the loss of her parents and how her mama' always made delicious tortillas.
The woman next door, Anam, hears Beatrice and feels for her, remembering her own loss of her baby boy, so Anam makes some fresh tortillas for the orphans.                       Unfortunately, Beatrice has heard rumors that Anam is a witch, so she runs away. Anam sadly leaves the tortillas on the doorstep.
When Beto comes home, Beatrice sees the tortillas and tells Beto that she herself has made the tortillas. Anam hears this lie and, in a fit of hurt and anger, casts a spell on the tortillas just as Beto takes a bite. Suddenly he turns into an ox!
Beatrice tries to comfort him as King Renaldo passes by. Renaldo takes one look at beautiful Beatrice and asks her to marry him. She tells him yes but only if Beto can go too as her brother.
The king agrees, they marry happily, and 2 years later have a son Timoteo. It is at this point that Anam comes forward to ask forgiveness and to make amends by turning Beto back into a human.
Queen Beatrice also confesses that she had done bad things:  she had lied and, even worse, she had scorned and left Anam all alone in the forest. Her amends is to invite Anam to join their family and to become abuella/grandmother to the prince. The king agrees and all rejoice! 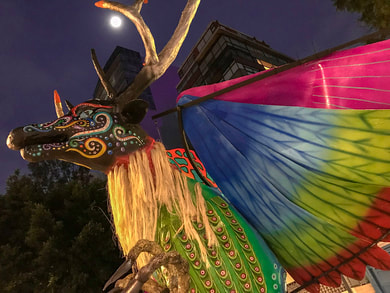 ​
Do you order on Amazon? Go on smile.amazon.com and support Diversita Opera Arts Company. A small financial percentage of your order will be donated to our nonprofit with no charge to you! Thank you for your support!
Diversità Opera Arts Company is an official 501(c)(3) non-profit organization providing music scholarships to deserving students in the area along with performance opportunities. We promote music education and enjoyment to populations that cater to special needs, foster care, and senior living. We also provide a diverse cast of performers through opera/classical music on stage along with artistic shows throughout the United States. Our directors and board members are dedicated musicians, educators, and nonprofit mentors who support the endeavors of positive change.